We are approaching the autumn festival of Halloween, an ancient pagan celebration that continues to bring excitement to children today. While it is often associated with the United States, it actually has its roots in ancient Celtic harvest traditions in Ireland.

The Celts were a group of Indo-European peoples from Central Europe who began to arrive in Britain and Ireland around 500 BC. The word ‘Celt’ comes from ‘Keltoi’, the name the Greeks gave to the tribes to their north. The Celts had a lasting impact on Irish mythology and gave us the Irish language (or ‘Irish Gaelic’), one of a family of Celtic languages that also includes Scottish Gaelic, Welsh, Breton, Cornish and Manx. Irish predates English and is one of the oldest written languages in the world.

Halloween traces its roots to the ancient Celtic festival of Samhain, which comes from Old Irish and means ‘end of summer’. The word is still used in Irish today: the month of November is called mí na Samhain. Samhain is over 2,000 years old and marked harvest time between the end of summer and the onset of winter, when people often died. The Celts celebrated their new year on 1 November and believed that the preceding night saw a blurring of the boundary between the worlds of the living and the dead, allowing ghosts to return to the earth. 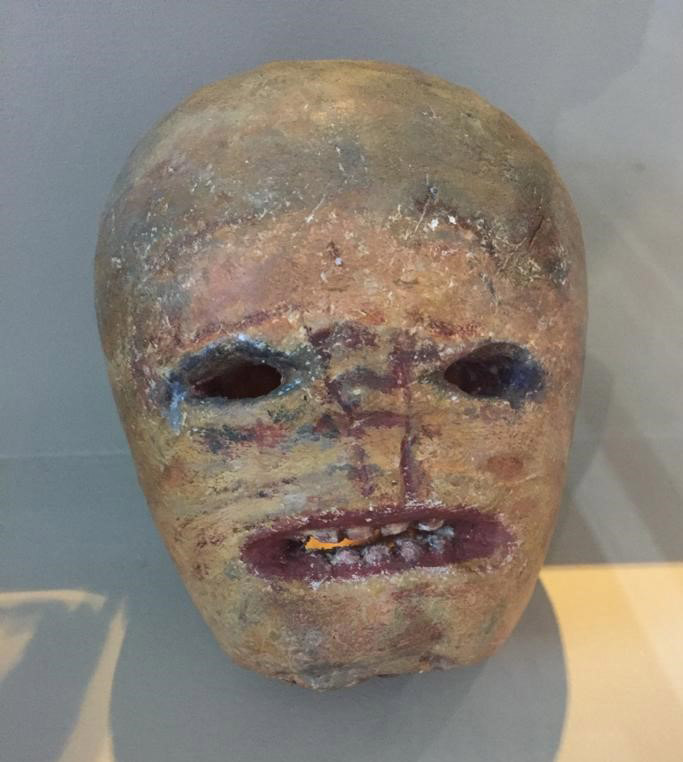 Christianity was introduced to Ireland by St Patrick in the fifth century and effectively absorbed the feast of Samhain in the eighth century, when Pope Gregory III designated 1 November as a time to honour all saints, or All Saints’ Day (also known as ‘All Hallows’ Day’ or ‘Hallowmas’). The evening before was called ‘All Hallows’ Evening’, which was later contracted to ‘Halloween’. ‘Hallow’ comes from the Old English ‘haliga’, meaning ‘holy person’ or ‘saint’.

Many ancient pagan traditions were incorporated into Halloween including carving scary faces into turnips to ward off evil spirits, disguising oneself by donning animal skins, and lighting bonfires. It was believed that incorporating existing traditions into Christianity would make the new religion more easily accepted.

The nineteenth century saw the emigration of millions of Irish people to the United States, driven in part by a devastating potato famine. These immigrants popularised the celebration of Halloween in their adoptive country, where turnips were replaced with pumpkins.

For translators, an appreciation of culture is critical to understanding the context in which a text has been written and any historical and cultural references it contains – in short, the breadth of knowledge and experience that can be assumed of one audience but not of another. And by navigating these intercultural differences, we enrich our own learning along the way.

Oíche Shamhna Shona Daoibh – Happy Halloween to you all!