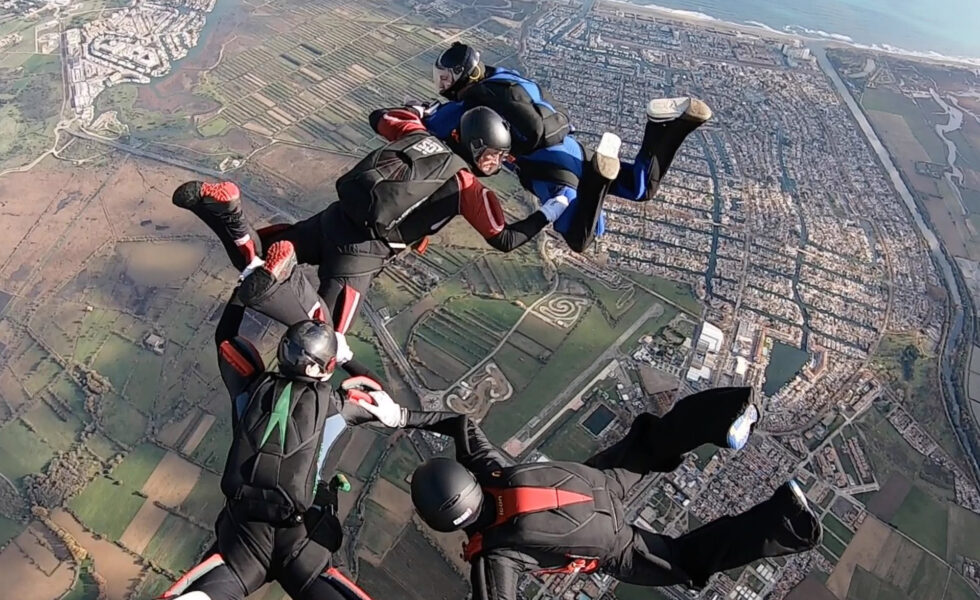 As a financial translator, my core business is the translation from German into English of annual financial statements, audit reports, and related commercial and legal documents. My service offering also includes proofreading and editing English-language texts and translations written by non-native speakers.

When I am not at my desk, I am also a reservist and military parachutist with Ireland’s Army Reserve, as well as a civilian skydiver and skydiving instructor.

Recently I had the unique opportunity to combine my private and professional life in an exciting collaboration with Airtec GmbH & Co. KG Safety Systems, which is based in Bad Wünnenberg, Germany. Airtec is the world’s leading manufacturer of Automatic Activation Devices (AADs), a critical piece of lifesaving safety equipment used by many thousands of civilian and military parachutists all over the world.

An AAD is an emergency activation system that is designed to initiate the deployment sequence of the reserve parachute if a jumper fails to deploy their main parachute for any reason, whether due to an accident in freefall or simply a loss of ‘altitude awareness’. It does this by continuously measuring the ambient air pressure and activating a special ‘cutter’ if the parachutist has not safely deployed their main parachute before reaching a critical, pre-set altitude.

Invented by Airtec founder Helmut Cloth under the brand name ‘CYPRES’ (CYbernetic Parachute RElease System), the first of these innovative, industry-leading devices was released onto the market 30 years ago in 1991. With around 200,000 of these units having been delivered since then to both the civilian and military market, CYPRES AADs use cutting-edge German engineering and have been credited with saving over 5,100 lives. Watch this video to see Airtec’s technology save the lives of two skydivers who lose altitude awareness and forget to deploy their main parachutes.

As well as being a popular sport in its own right, parachuting is also an important capability for the world’s armed forces. While traditional military ‘static-line’ parachuting is conducted from low altitude and does not require the use of AADs, these devices are an essential component of all military freefall parachute systems for higher altitudes and need specific parameters to cover a wide range of specialist applications. Airtec therefore offers a separate “Military CYPRES” range to these customers, which include many of the world’s top special forces units.

In February 2021, while preparing the latest version of its English-language User Guide for the Military CYPRES 2 – the latest military AAD in the CYPRES range – Airtec decided to have this 50-page instruction manual professionally reviewed by a German-speaking native English speaker with a knowledge of parachuting and parachute systems. I was therefore commissioned to undertake a detailed cover-to-cover quality review and update of the English-language version of the new Military CYPRES 2 User Guide.

From the outset, the customer emphasized a number of priorities for this project. Their new User Guide, which was to be edited using Adobe InDesign, had to:

My preliminary work involved reviewing Airtec’s website and existing instruction manuals and marketing documentation, both in English and German, and familiarizing myself with Adobe InDesign, a common desktop publishing and typesetting application. Introductory training in this software was kindly provided by Airtec.

In order to give the customer an opportunity to provide feedback, I then prepared and delivered the first half of the manual, rewriting numerous sections where required. I also compiled a terminology glossary and made a note of any questions and comments. Regular dialogue with Airtec allowed me to quickly clarify any terminology issues and other content-related questions, while the customer’s general feedback at the half-way stage also provided useful guidance for the remainder of the project.

The complete User Guide was finally delivered for publication on schedule in mid-March. The end product took careful account of the feedback I had been given by Airtec’s Senior Marketing Manager Martin Thannheiser, Founder and President of Airtec and Inventor of CYPRES Helmut Cloth, and other internal experts. This ongoing engagement with the customer throughout the project allowed questions to be addressed promptly, thereby minimizing the work required during Airtec’s final quality check.

The new version of the Military CYPRES 2 User Guide is now ready to be used by the world’s armed forces. I’m delighted to have worked on this project and would like to thank the team at Airtec for placing their trust in me.

“Since the market launch of CYPRES in 1991 we have attached great importance to having clear, easily-understood instruction manuals for our devices. Safety while parachuting depends on the perfect interplay between various different factors. For Airtec it is therefore critical that we explain the use of CYPRES within its wider context. This means that translators not only need a mastery of language, they also require a thorough knowledge of parachuting and skydiving. We found that David Graham comfortably met these two requirements. Our collaboration with him was professional and straightforward. Thanks to his feel for language, after some brief discussions he quickly struck the right tone for our documents. In particular, his willingness to familiarise himself with the software we use significantly accelerated and simplified this project.”

We use cookies to ensure that we give you the best experience on our website. If you continue to use this site we will assume that you are happy with it.OkPrivacy policy